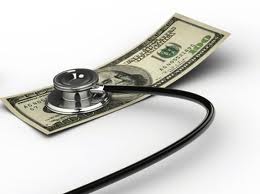 Robert Kiyosaki, the author of best-selling book, Rich Dad, Poor Dad, predicts that the global economy will collapse by 2016. He forecast this at a recent appearance, organised by Andaman Property Group, in conjunction with Kiyosaki being invited to speak at the recent National Achievers Congress in Petaling Jaya.

“I think it will be the biggest financial collapse in world history,” stated Kiyosaki with foreboding. “[Economist Richard] Duncan is saying the world economy will collapse in five years, I say 2016, while some others say 2025, but it’s coming down.”

The author and speaker, who shot to fame after his book appeared on The Oprah Winfrey Show in 2000, believes that after the economic systems of Greece, Spain and Europe crash, those in the USA and Great Britain will follow. “It’s going to be led by one bank in America reporting it’s lost a trillion dollars. Then the money is going to run, and the stock market will collapse, even while the [US] Federal Reserve prints more money.”

The reason that Kiyosaki cites for this is that government debts taken on to pump prime markets and support national budgets are spiraling out of control, especially since money is no longer pegged to gold, and is being electronically created in quantitative easing exercises.

“In 1971, President Nixon took America off the gold standard (cancelling the direct convertibility of the United States dollar at approximately USD35 to every ounce of gold) and we could print as much money as we wanted,” he reminded attendants. Countries to have implemented such exercises over the last few years include the USA, Great Britain, China and Japan.

Exporting countries, such as Malaysia, will further be impacted by the slowdown of China’s economy, pronounces Kiyosaki. “China is the driver of the world economy today, but their exports only increased 5%, and their imports have now dropped to 0%. So this means that China’s economy is slowing so fast that they’re stopping importing. At the same time, China now has 60 million condominiums unoccupied because they speculated too much.”

This pronouncement is ironic given that Kiyosaki has been known for being one of the early preachers of financial freedom (or early retirement) from rental incomes from property investments. This gospel in fact underlies the theme of many property investment seminars in Malaysia today.

Such investments benefit from capital appreciation and inflation, as well positive cash flow after easy access to cheap credit. As alluded to Kiyosaki in the Chinese scenario however, this formula is ineffective in the face of empty units.

US investors like Kiyosaki and his wife, Kim, whom he says owns about 4,500 rental properties, do not have to worry for now: “The government will send [my wife] money to keep their tenants in their rental units [if they lose their jobs],” he said. 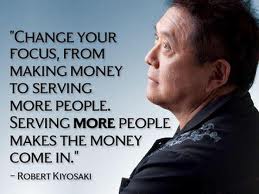